For the first time ever I’m delighted to spotlight a new book release on my blog for friend and fellow author – Jo Lambert.

Jo’s latest book Shadows on the Water – book one in her new Cornish Coastal Romance series – was released as an ebook on Amazon yesterday (paperback to follow soon), and the cover is amazing! If you’re heading off to Cornwall for your holiday this year, or if you’re having a staycation and want to pretend you’re in Cornwall, this book is perfect! I mean, just look at this cover: 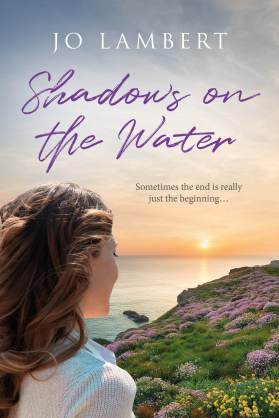 After the tragic death of her fiancé, Ava Warren is slowly rebuilding her life. She has a supportive family, great friends and a job she loves, managing holiday letting company Estuary Escapes in her home town of Kingswater. Another relationship is the last thing she wants or needs. Until one evening she meets Alex Penhaligon.

Alex’s father Sam owns Heron’s Gate Vineyard and Alex has recently returned from California, where he has been working for the past five years. A case of mistaken identity gets them off to a bad start. But discovering his error, Alex is anxious to make amends and soon persuades Ava that he’s not quite as arrogant as she thinks he is. As their friendship begins to turn into something much deeper, Ava wonders whether she can at last put the past behind her and make a new future with Alex.

But someone is watching. A man who not only thinks Ava should be his but also holds a long term grudge against Alex. And he’s determined to get his own way irrespective of the lengths he has to go to or who gets hurt in the process.

Set in Cornwall Shadows on the Water is a story of family ties, lost love and tangled loyalties.

Sounds great, doesn’t it? You can find this book on Amazon, here:

Jo’s other books on Amazon 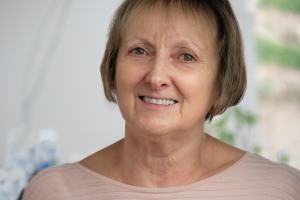 Jo Lambert lives on the eastern edge of the city of Bath. She is a member of the Romantic Novelists Association and the Society of Authors. She has been writing since 2008. Her first five books, a set of linked romantic sagas following the lives of several families in rural West Somerset, were followed in 2015 by Summer Moved On, a contemporary romance set in South Devon. A sequel, Watercolours in the Rain was published 2017,

In June 2018 Jo signed to Choc Lit and her debut A Cornish Affair, set in North Cornwall was published in 2019 under their Ruby Fiction imprint.

Her latest novel Shadows on the Water is due for publication on 26th July. It is the first in a three book series. She is currently busy working on the second which will be published next year. When she isn’t writing she reads and reviews. She also has an active blog. Jo loves travel, red wine and music and long as it has a great melody and lyrics. Oh and she often takes the odd photograph or two…

Well that was fun. I might do some other new release blog posts soon!

2 thoughts on “Spotlight on: Shadows On The Water by Jo Lambert”